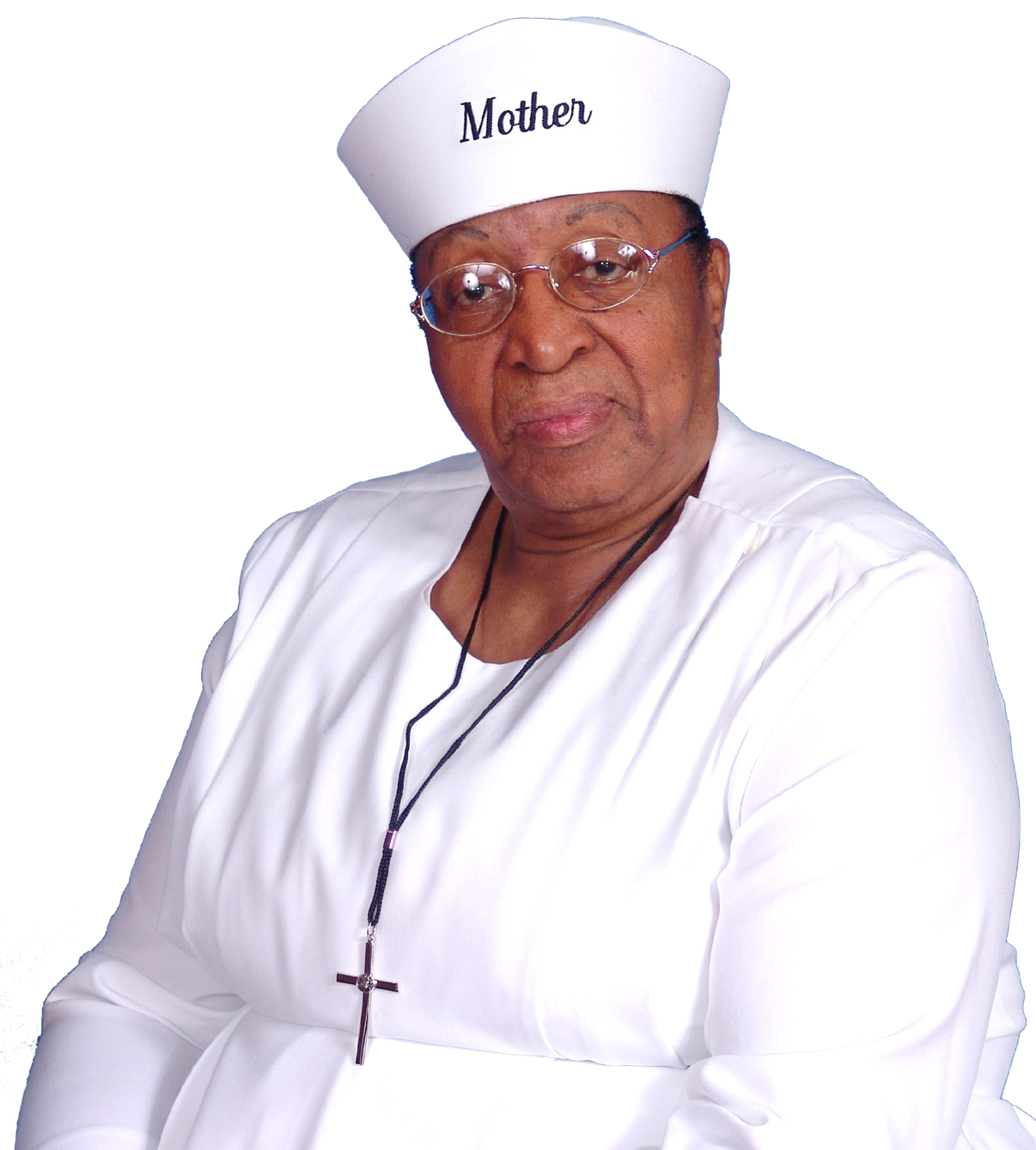 Mother Frankie Davis Murray is one of the daughters of the Late Bishop Theo Davis and Mother Freddie Davis.  She attended elementary and high school in Jackson, MS.  She accepted Christ as her savior and was filled with the Holy Ghost as a teenager at the church where her father served as pastor—Dalton Street COGIC, Jackson, MS.  It is now known as the Davis Temple Church of God in Christ, jurisdictional headquarters for the Mississippi Southern First Ecclesiastical Jurisdiction.

She is a graduate of Jackson State University (formerly known as Jackson College) with a B.A. degree in Elementary Education. She served as an elementary school teacher in Hinds, Madison, Jones, Simpson, and Scott counties of Mississippi.  She retired after 17 years.

Over the years “whatever her hands found to do” included Church Secretary, Sunday School teacher, Bible Band teacher, and Hospitality, (just to name a few) in the local church.  She was appointed Jurisdiction Sunday School Field Representative and served for twenty-eight years. She was also appointed Assistant Supervisor to the late Mother R. V. McAdory, Women’s Supervisor of the Mississippi Southern First Ecclesiastical Jurisdiction COGIC.

Through her visionary leadership, the department exceeds expectations in administration, units, bands, and missions.  In 1997 she saw the need for continual training of licensed and aspiring missionaries. Everyone should be on the same page, minding the same things and through this need, she founded the Missionary Awareness Bible Training Institute, later renamed Women’s Bible Training.  This annual training is mandatory for all licensed and aspiring missionaries.  It includes a curriculum for all women wanting to enhance their knowledge of the Bible, leadership, administration, and outreach missions training.

Another vision of Mother Frankie Davis Murray is the Annual Jurisdictional Women’s Unity Meeting, a successful venture for the past 21 years.  During this meeting, the Annual Jurisdictional State of the Women’s Department Address is rendered.  Another vision is the Annual Yuletide Christmas Celebration providing an end of year fellowship for the jurisdiction in excellence and elegance.  Each year a mission is adopted, and some of the funds support a mission that is actively involved in helping those in need within the state.

Seeing the need of the church she actively raised funds to completely renovate the dining room at the “temple.” The renovation included new tables, chairs, podium seating for the prelate, and supervisor, new carpeting, drapes, and storage for the Hospitality Department.  The complete renovation of the Jurisdictional Women’s Department office located on the second floor and added a Hospitality office on the second floor as well.

Leading in the charge to help renovate the jurisdictional headquarters, Mother Murray rallied the women of Mississippi Southern First Ecclesiastical Jurisdiction and raised $10,000 to fund completion of the parking lot for the headquarters building.

The Jurisdictional Women’s Department office is unique in that it provided a platform for the Public Relations office to embrace the community into the missions of the department and civic awareness.  Provided awards for those whose work propelled the department with a Woman of the Year, Above and Beyond, Good Steward’s and Award of Excellence.

Saved, sanctified, and filled with the Holy Ghost; she is a woman of God, interwoven in the ministries of missions, intercessory prayer, and an advocate of women whose lives are battered emotionally, economically, and physically.  She helps the downtrodden and is a voice for those in desolate and desperate situations.